Chorizo ​​a la cider is one of those dishes for which you can buy in any Asturian tavern.

But with this recipe, you will learn how to prepare a cider chorizo ​​at home that will have nothing to envy best kitchens in Asturias.

The recipe for chorizo ​​a la cider

Although this dish is considered Asturian in origin, chorizo ​​a la cider is also very common in Basque cuisine. Well, the truth is that it is already very popular in almost all of Spain.

It is important to get an artisan cider without gas, and also some Asturian chorizos, preferably.

With this homemade recipe, we will learn step by step how to prepare a Chorizo ​​with cider.We are just going to peel them and then cut them into very thin slices.

The ideal is to serve chorizo ​​in cider in clay pots, in traditional style, as the photo shows. If we do not have them, we can look for some similar containers. 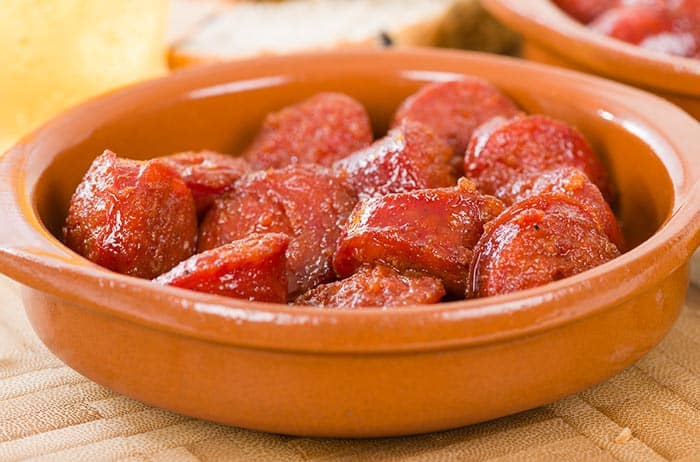 Advice on the ingredients of chorizo ​​in cider

Other Spanish food recipes that may interest you

If you like traditional Spanish cuisine, I recommend other recipes with chorizo ​​among its ingredients that are equally strong: